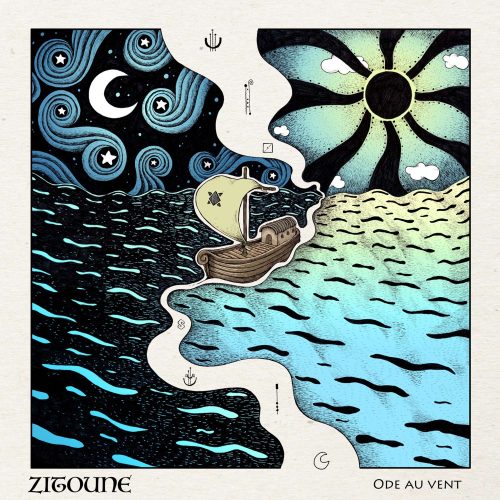 It is with all my sincerity that I take you with me into my new intrsopective world that will echo in this latest intimate folk album. Hostile no doubt for some, luminous for others, even ‘cucu’ for some! Through my music and my lyrics, I would like you to rediscover the beauty of our dark periods, our doubts and questions, and that all this is indeed part of the light if we give them a good look, if we welcome them with love.

Crossed by rich and uncomplexed arrangements, I hope to surprise you again by the eclecticism of the album, where I put myself at the service of humanity to make our ears wriggle as much as our emotions. 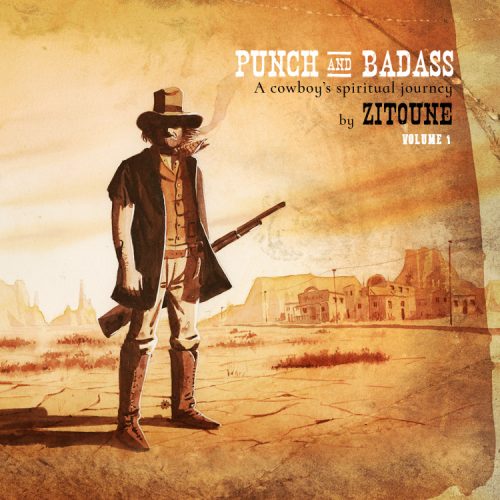 A subtle blend of Country Punch and Western Badass.

This new EP of Zitoune presents us a universe: “The Western Badass”, located between a depraved rock and a country punch. Behind this music with dirty sounds, a fictitious story of the Far West is also revealed. Mixing humor, spirituality, and action, this volume 1 of the story can be listened to musically as well as deciphered through the lyrics.

Written by Zitoune in one room for several weeks, and recorded in the same room for months, Zitoune isolated himself to write this imaginary story, and to set it to music. This story tells us about a soldier hero, Stan, corrupted by fame and money, who accepts a mission to defeat the tribe of the Buffalos, fearsome Indians. Stan will not only defeat them with his squadron, but he will massacre the entire tribe and celebrate its great Chief.

Since that day, our hero is caught in a curse: his shadow is no longer his own, but that of the great Indian chief whom he scalped. The chief therefore follows him everywhere in his shadow, and cannot be defeated in battle. The shadow has two powers, that of driving our hero mad if he does not listen to it, or of bringing him strength in his fights. Stan, compelled to madness or redemption, finds himself in a spiritual quest for absolution of his faults and sins by following the orders of his host. To do so, Stan finds himself wandering around without money and without glory, and the leader often tells him to fight characters called “Thugs”, real vicious thugs of the Far West who do not respect the land. These regular misadventures ironically put Stan in difficulty, despite his new colossal strength. But the leader has more in reserve than just getting rid of the Thugs, a far more fulfilling plan for our new champion… let the adventure begin.

This story is detailed in each title of this new EP of Zitoune, drawing the characters… and of course, this double creation was conceived to be appreciated also only in music, for more lightness. This comic book universe assures us a continuation of the adventure in a future 2nd volume.